Although the DC character The Flash has been around in the comics since 1953, and made a couple of appearances on TV in the late 1970's and early 1980's, it's only since the latest TV series was launched in 2014 that he has started to gain real fame.

Now, our recommended casino is featuring The Flash slot machine game online, which has up to 50 lines to play, a bonus bet for greater payouts, wild multipliers and a great side game, while joining via the links on JohnnyBet ensures you get the best possible deals on registration.

1. About The Flash Slot Game

The Flash Online Slot was released in June, 2016 by software developer Nextgen Gaming. Top-rated casinos carry the latest version of this slot game which has more features and rewarding spins to treat players with. It's a classic 5 reel game, but with 50 paylines there are more opportunities to win than in a game with fewer lines, and the optional Bonus Bet adds 10 more, while boosting the value of any wins from the Scatter symbol by 50 times. The Bonus Bet is also needed to trigger the Rouge Games feature, which consists of three different free spins rounds from which payers can pick their favourite.

Some of the enemies of The Flash appear as symbols, including Captain Cold, Mirror Master, and Gorilla Grodd, plus there is the Flash Shield, a Clock and image of our fast-moving hero, as well as the high card symbols.

Of course this online slot machine wouldn't be complete without The Flash himself making an appearance, so he turns up as the Wild, replacing others to finish winning lines of symbols, and also tripling the payouts that result from his help. On top of this, he can also race across the reels turning other symbols into extra wilds which will result in more payouts, and some of the highest possible wins occur when The Flash lands across the reels, with lines of Wilds being worth up to 10,000 coins.

There are two Scatter symbols here, a standard one, and one that only appears if you have made the optional Bonus Bet. The basic payouts for getting the Scatter anywhere on the reels can be from 2x up to 100x your line bet amount, but with the Bonus Bet Scatter symbol, you get 50 times these amounts, and should three or more Bonus Scatters land at once, you get the win and then race across to one of the free spins games.

You can choose which free spins round you want to play, with each one named after a villain, and each having its own special features. Captain Cold gives you 12 free games, and any wilds that appear during them will expand across a whole reel followed by a re-spinning of the other reels, giving you more chances of multiple wins.

Play the Gorilla Grodd round to get another 12 spins with Roaming Wilds. This sees Grodd shuffling wild symbols into new positions with each spin, while the Mirror Master game sees a unique feature where the last four spins can be replayed, so if you won during them, you will win the same amount again.

If you find a favourite, you can play that one over and over again, or maybe mix them up for the sake of variety.

Play The Flash slot machine online free at our best-rated Casino with no deposit needed when you register through JonnyBet.

Other offers around most recommended casinos can add up to some substantial amounts, giving new players lots of opportunities to play many games including this free online slot machine 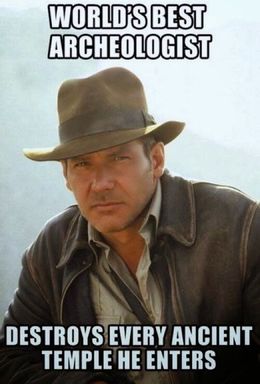 Load more fun
Articles
Play responsibly 18+
Didn't find what you were looking for? Try our lucky clover.
The Flash