The Toronto Raptors are a professional basketball team based in Toronto, Canada. They are a member of the National Basketball Association and play their home games at the Air Canada Centre.

The NBA consists of 30 teams and the Toronto Raptors are the only team playing outside the United States. Other professional basketball teams have started in Canada, such as the Vancouver Grizzlies but having played between 1995 and 2001, they became defunct and the team moved to Memphis.

The Toronto Raptors will compete in the Atlantic Division of the Eastern Conference in the 2018/19 NBA season. What are their odds to win the league? It is hard to make any predictions just at the very beginning of the season

The Toronto Raptors were established in 1995, at the same time as the Vancouver Grizzlies and originally played their home matches at the SkyDome before moving to the Air Canada Centre four years later.

As with most expansion teams in the NBA, the Toronto Raptors struggled to make an impression early on but slowly started to perform better and attract larger crowds to their home games. This led to playoff places in the 2000, 2001 and 2002 NBA seasons and Vince Carter was the main reason for their development.

When looking back over the history of the Toronto Raptors, there are four players who immediately come to mind as being the best to represent the franchise.

There are Vince Carter, Chris Bosh, DeMar DeRozan and Kyle Lowry. The only debate to be had here, is in which order they should be placed and that is a debate which could go on for a very long time.

However, one thing which is not up for debate is Kyle Lowry as the Toronto Raptors greatest current player. Will he add to his legacy during the 2018/19 NBA season? Check the predictions on the new season!

The Cleveland Cavaliers will start again as favourites in the Eastern Conference and the Boston Celtics look being a good bet for the second-best team.

This leaves the Toronto Raptors in third but they could easily end the season above the Boston Celtics, depending on how quickly the new players settle in at TD Garden. Let's take a look at Toronto Raptors betting tips.

Don't hesitate to bet on Toronto Raptors as they are among the strongest teams in the conference. With a squad like they have it is pretty sure that they will manage to win majority of their games.

Another tip for you is to look at the trends in the league. With so many matches being played every season it is easy to get very useful data from the team's scoreboard, wins & loses, injuries etc.

LukasMax almost 4 years ago
That idea is a slam DUNK 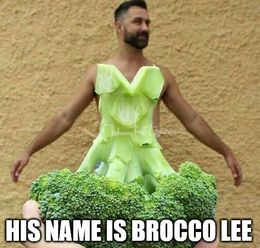