Group D at the 2020 European Championship is extremely exciting, especially as it features two of the host countries and we can now bring you our Scotland vs Croatia betting tips. This match will be played on the 22nd of June at Hampden Park, in Glasgow. That hands the Scottish team the advantage in terms of venue but the betting odds for Croatia vs Scotland do not necessarily give the Scots the advantage. The odds for this match have Croatia as the favourites to win this match, priced at about 2.20.

The Scotland vs Croatia favourite is the latter and they entered the competition as the second favourites behind England to progress from this group. However, after their first two games they only have one point and now Croatian players have to do everything to win as only three points can give them hope of advancing to the knockout stages.

I thought we played well. I know we’ve got a good group of players and I think they showed that tonight. I’m delighted for my players and for my staff. We had chances to win the game, England had some moments as well. I think it was a good game between two good teams. You wouldn’t have known which was the favourite to be in the last four, which is a credit to us. - Steve Clarke after the 1-1 draw against England, BBC

If there is one Croatia vs Scotland contender to go all the way to the Round of 16 you have to say the Croatian team are the most likely to succeed. Croatia reached the final of the 2018 World Cup and finished top of their qualifying group, which included Wales, Slovakia, and Hungary.

It was not a dominant qualifying campaign by Croatia but they still managed to win their group. However, you will find many Croatia vs Scotland betting predictions that will be going against the 2018 World Cup runners up in this match. But three times out of the last five European Championship tournaments contested by Croatia they have managed to progress to the knockout stages of the competition and a win in this game should be enough to see them reach the Round of 16.

Find the best odds for Croatia vs Scotland game at Bet365!

The hosts are the Scotland vs Croatia underdog and they are coming into this game with one point to their name. Having already lost to Czech Republic and surprisingly draw with England in the group, Scotland know what they need to do to have any chance of remaining in the competition and our Scotland vs Croatia prediction suggests that because they need to win this match to have any chance of staying in the tournament beyond the group stages, they may be very strong and difficult to beat.

Reveal helpful Scotland vs Croatia predictions posted on a regular basis by our tipsters!

Scotland suffered a disappointing 2020 European Championship qualifying campaign and finished a distant third in their group behind Belgium and Russia. However, they reached the playoffs thanks to their Nations League performance and relied on penalties to beat Israel at home and Serbia away in matches that could have gone either way.

Our predictions for Croatia vs Scotland suggest the Scots could have what it takes to keep things tight but ultimately, they are going to come out second best in this match. The Scotland vs Croatia odds have Scotland as underdogs to win the game. We continue our Scotland vs Croatia preview with a look at some of the potential goal scorers in this game and then move on to the Scotland vs Croatia online broadcast information. Remember to be up-to-date with the latest Euro 2020 / 2021 betting odds for matches and other events available in the related article.

3. Other Bets for Croatia vs Scotland

Looking at the betting odds for Croatia vs Scotland and Ivan Perisic looks like a tempting bet for first goal scorer in this match. The experienced Inter Milan forward knows what it takes to score in a major tournament and is likely to be the player with the most goals to his name in the Croatia squad. You can back Perisic to open the scoring with most of the bookies.

Scotland have a severe lack of international goals among their players and much like Croatia, may be looking outside their strikers for goals. John McGinn is an interesting option and the Aston Villa man likes to break forward from midfield whenever possible. He has hit double figures in terms of goals for Scotland and is on tempting offer to score at any time.

5.1 What are the Croatia vs Scotland betting odds?

Bookmakers give Croatia a slightly bigger chance to win and they are favourites at about 2.20. You can back Scotland at about 3.00 and a draw is available at over 3.80.

5.2 Where to watch Croatia vs Scotland online?

Not every sportsbook has the rights to broadcast Euro 2020 / 2021 matches. However, we recommend you to check whether 1XBET and Unibet have live streaming for this match on their websites.

5.3 Where to bet on the Croatia vs Scotland match?

The list of online bookmakers is long. But we advise you to go to Bet365, William Hill, 1XBET, and Unibet as these brands have the best Euro 2020 / 2021 betting offer. 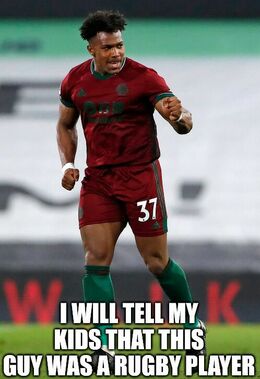